Portlandia: The Case Against White Face 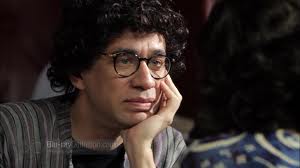 Q: What happens when you mix tight pants, indignation, and white supremacy?

A: This righteous take-down of one of the most insidiously racist sitcoms today: 2 Broke Girls Portlandia.

Sounding a clarion call of racial justice, the Boise Weekly will apparently no longer abide the racist caricatures that pervade network television. The ghosts of Zip Coons and Jim Crows past thank the good people of Idaho for their vigilance, for, indeed, “Portlandia [Is] The White Subcultural Equivalent of a Minstrel Show.”

But lest you think that such nonsense only occurs in states with 0.6% black people, the Oakland, CA police have recently started charging Occupy protestors, many of whom are people of color, with lynching . . . lynching themselves. Under a 1933 California law, lynching is the “taking by means of a riot of any person from the lawful custody of any peace officer.” The East Bay Express reports: “[Tiffany] Tran did not attempt to free other occupiers, but yelled ‘help’ during her arrest. ‘From what I can gather, that’s what the lynching charge is for,’ she said.”

Irony mistakenly stays in Boise / Oakland after sundown and DIES.

This entry was posted in Uncategorized. Bookmark the permalink.